Have you heard somewhere that people online make more money than people who go for a 9 to 5 offline jobs? Then you might have heard it correct, indeed people make some good fortune online rather than offline. But it is not true with everyone, for instance there are 100 bloggers from a region and if you want to know how many bloggers are successful then the facts speak as follows.

I have just made an assumption of the above data from a poll which I saw long back in Problogger blog by Darren Rowse. You could see the original picture below. That was a poll conducted for the month of  November 2005 Adsense earnings which was answered by 1205 readers which could clearly depict that very few earn a good living. It is true even today but I guess the numbers could have just tripled or even more.

I think as a blogger for some time you might have heard about Pat Flynn, Zac Johnson, John Chow, Yaro Starak, Micheal Dunlop and many others who have made millions using their blogs and selling their self made products (plugins, eBooks etc). Many people have successfully reached the six figure income mark and are still ruling the blogosphere. I have named only a few, but there are many who make some cool bucks which is far more than a day job. On the other hand there are many people still struggling to make $1 even after being online for 5 to 6 months. But most of them who have just started earning online income stay for at least 3 to 4 years. Even I have been online from past 5 years but income actually started from past one and a half year, that too not equals income from my day job and is also not stable. 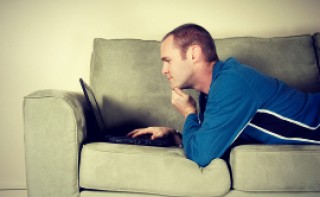 So before you start thinking on making money from a blog you need to know how a blogger actually makes money. If you think it is through Adsense then you are mistaken. Pat Flynn has only 5% of his income from Adsense which shows that there are more ways on making money online but very few know on how to tap into each of them exactly.

One thing is clear, blogging is not a one day or one month or not even a one year business. It is an art which could be mastered more and more by experimenting different monetizing methods and by staying online for quite a long time. Very few make money from the very first day and many won’t make a buck even after being online for one year. So in this post I want to focus on few basic requirements before you start monetizing your blog.

Before you think of making money you need to think of traffic, without which earning huge amounts is impossible. There are cases where we can make money from less traffic sites but that has an other strategy working around which could be difficult for a newbie. In fact I made experiments on low traffic sites and was able to make few bucks but that is very low. But I like the results, as two sites which hardly get 5 to 10 visitors made 3 dollars and 5 dollars each which I may speak of them later. But as a newbie, traffic for a site is one of the mandatory element to earn some money. It is with your traffic you get a lower alexa rank which can help you in times of getting some direct advertisements or getting some sponsored posts. So most of the cases more the traffic more could be the chances of earning.

One of the easiest methods to monetize one’s blog is by placing an advertisement code from a third party site. In simple a third party ad network usually makes a coordination between publisher and an advertiser. So you need not run after the advertisers for direct advertisements, all you could do is join as a publisher in any of the advertising networks and paste their code in your blog. So every bloggers desire is to get an adsense account as the probability of earning more will always be high for adsense publishers. Still you can try over many other networks which could clear some of your expenses. I made $100 with adbrite before I had an Adsense account. Adbrite was one of the best alternative to adsense earlier but is now the company is closed due to some loss. I even used bidvertiser and have made $13 which could be very small but if you care about a saying “something is better than nothing” than you can start planning what one could do with thirteen dollars, in simple you could use it to buy two domain names if you know exactly where you could find them with some discounts. There are few major things you need to look in an advertising network before you actually choose one like payment threshold, payment method and support they provide for their services. Choosing a good advertising network is one of the basic thing before you plan to monetize your blog.

You might be a good web designer or good at some service, all you could do is provide your service at your blog. All you need to do is choose a right service you are good at before you start marketing it. There are many freelancers who earn well with the services they provide so show case your portfolio and tell clearly on what service you are going to provide. There are also some freelance writers who work as ghost writers and earn their living. So recognize one such service which you could provide and create a beautiful landing page. Choosing a service you are good at is one of the starting requirements before you monetize your blog.

Some examples of such Blogs which offer services are

For the sake of example i took only three which I visit often but there are tons of blogs which offer services like the above blogs I have mentioned.

Build a Self hosted Blog:

Are you planning to convert your self made product like eBook or a plugin to hit a good number of sales. Then I think you need to have a blog which has the ability to be modified from the core. There are many free blog providers like blogger, WordPress, Tumblr etc where you can have a blog for free but that has lot of limitations, but when you switch over to a blog on a self hosting it gives you some control over your blog. You can modify it and use it as you wish. One of the best blogging software available is undoubtedly WordPress which can help you create one of the most successful blog you have ever imagined. If you ever wondered what it might cost to start a self hosted blog then you can read one of my previous article on What does it cost to start a Blog?

It would be better to go for a self hosted blog if you had been blogging for few days as that could just multiply the opportunities for you to earn money provided you know the basics on how to make it work.

This always puzzled me, I always tried to make my sidebar look more appealing and beautiful but I always failed. Though it looks a bit clumsy now I am experimenting more on it to make it look more professional and converting. Yes, you heard it right sidebar is the one of the strongest resource anyone could ever have before monetizing ones blog. If you see Darren Rowse’s blog, Problogger you could see a very small sidebar with a subscription box, Facebook box and three product links of his which makes it clear that his focus is purely on his products rather than stuffing it with recent posts, popular posts, other ads, some useless widgets etc. People, even I have many things on the sidebar but one who is planning to monetize a blog need to pick up very few things on their sidebar for more conversions.

Lack of a good theme would, make you pay for every single minute you waste over your blog. If you have some good content in your blog and theme looks ugly chances are there that people would simply close your webpage or blog even before they realize what is written over there. So chances of clicking on your ads or on your products or services will simply drop because your theme is not good. Initially you might not afford to buy a premium theme but even if you use a free theme see that you make it look up to the point. If you are focusing on Adsense then you need to chose a proper theme where ads could look distinctly and clearly at proper places which could increase click through rate (CTR) and in turn increase your earnings.

One example of a neat, good looking, simple and professional theme is Carlie Hamilton’s SproutSpire Blog which I have already mentioned earlier.

So its up to you now on how you monetize your blog with the above discussed requirements. Money won’t flow until and unless you wont experiment, many people fail to monetize their blogs due to the fact they focus more on content rather than the things said above. Few people completely focus on fake traffic rather than genuine traffic which converts. All that I could suggest for now is try to replicate the success principles of probloggers in your style rather than their style. Sometimes a slight tweak in their strategy might work better than them.