I am writing this article in continuation to one of my recent articles on 7 Sure-fire ways to get Comments to your Blog posts . In this blogosphere as a newbie there are lot of struggles to face. No blogger could taste success on the day one of staring their blogging career without any prior experience. If you remember my previous article on getting comments I said that one of the best ways to get more comments is to comment in various blogs. But there are few misconceptions on the results. Sometimes you comment in hundred blogs but you get only ten of them returning back and commenting, of course among them Harleena and Andrienne Smith would definitely be there.

In some cases you could find few people commenting in other blogs but not in your blog in spite of leaving couple of comments in their blogs. So there are chances that you develop hatred on such people who never comment in your blog but comment in some other famous blogs. This condition arises due to the fact that few people don’t comment as they don’t have time to visit your blog and read, some times they omit seeing your Alexa rank and page rank, sometimes they don’t have the habit of visiting back and commenting, most of the cases you might have commented in dormant blogs. There could be various reasons why most of the people won’t return and comment back. Even I don’t respond to comments immediately as I will be busy with things which I need to take care.

So when you face situations where people dont comment back in your blog even after you commented on ten of their posts I simply suggest you not to leave that blog but keep your love and support going on, as one day they would definitely come back and value your opinion. There might sometimes arise a situation where due to the hatred towards the other blogger they start giving negative comments and sometime they also start clicking on the ads(click bombing) to get their source of income to be disabled. 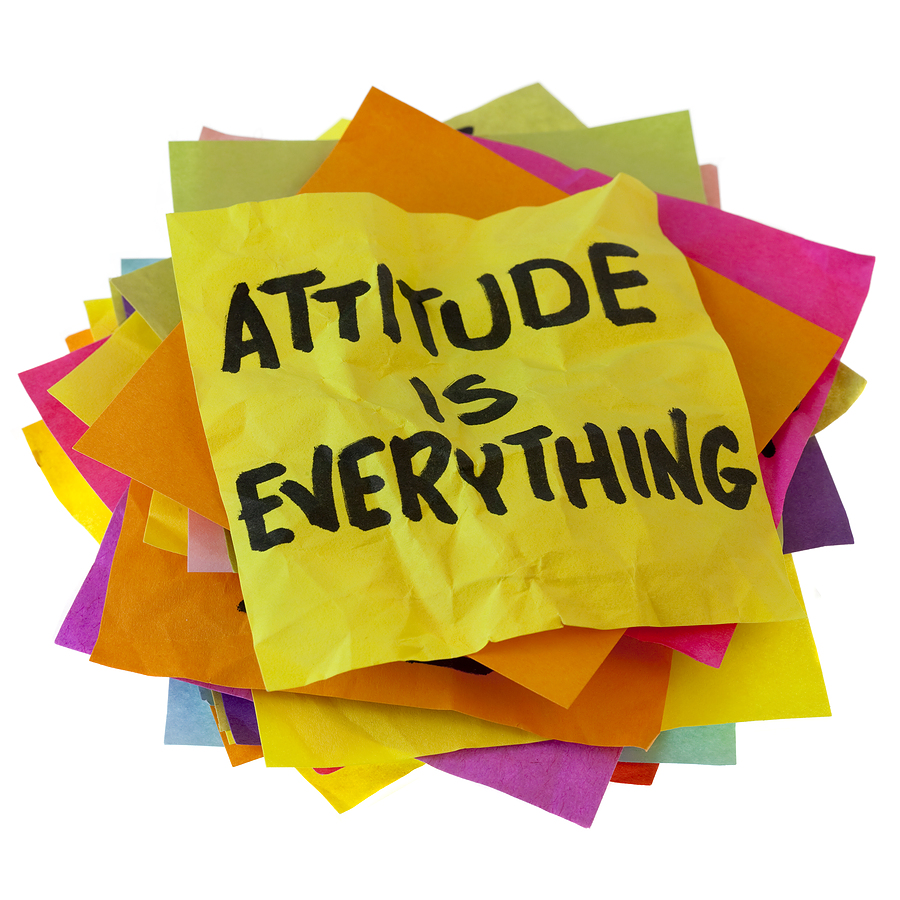 Once Saad Naeem of SEOallrounder got his adsense account banned due to a person who hated his success. Read his story here: Got My Adsense Back After Getting Banned! Here’s my story

This article is inspired from Bible, even Mahatma Gandhi learned lot of things from Bible and applied it in his personal life and he is regarded as one among great Indian personalities (Father of the Nation).

Luke 6:31 Says Do to others as you would have them do to you.

So as usual I have a small story which could well inspire you and teach you this simple blogging strategy for your Success. This story can also be applied in your personal life and don’t confine it as a blogging strategy. 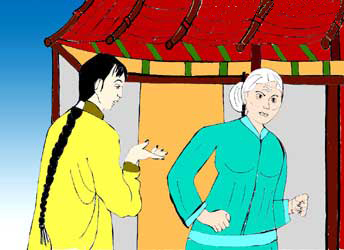 mother-in-law, as days passed by she found that she could not stand the daily criticism of her mother-in-law. There was always some misunderstandings and always Lily and her mother-in-law used to quarrel. This became a big problem to Lily’s husband who couldn’t  bring peace between them.

One day Lily decided to do something. She went to a herb store and talked to the owner of the store, who also happened to be a friend of her father. “Mr. Wong, I cannot stand my mother-in-law’s temper any more. She has driven me crazy. I wonder if you can help me secretly, as a best friend of my father, and I will pay you well.”

“What do you want me to do?” Mr. Wong replied. “I wonder if you could sell me some poison which I can use to poison my mother-in-law, and solve my problem” She asked. After a long time, Mr Wong replied “Sure, I can help you. However, you must understand two things”.

First, you cannot poison your mother-in-law in a quick way. People will notice that and realize what you have done. I must give you some herbs which will kill her slowly without being noticed. Second, in order to avoid suspicion, from now on you must control your temper, learn to respect her, love her, obey her, and serve her patiently. Do these things and nobody will suspect you once she dies. 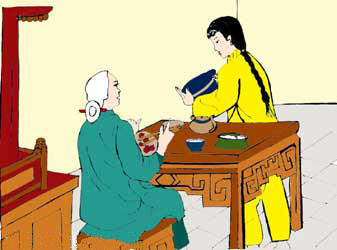 Naturally, Lily agreed with what the herbalist said and took the herbs home, mixing them into her mother-in-law’s food. She learned to control her temper, to serve her, and respect her. When she noticed the change in her daughter-in-law’s attitude, her mother-in-law also changed, and started to love her in return. She constantly told her relatives that Lily was the best daughter she could ever find. After six months, the relationship between these two women had grown to be so close they were like an actual mother and daughter.

One day, Lily came to see the herbalist and said, “Please, for heaven’s 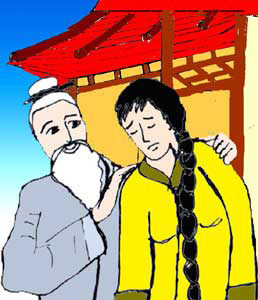 sake, please save my mother-in- law from the poison I have been giving her for the last six months. I do not want to kill her anymore. She has become the most understanding mother-in-law that I could ever find.” Now she is like my own mother and I am like own daughter to her.

The herbalist smiled and answered, “Do not worry. I never gave you any poison. What I gave you was simply some herbs for nourishment. The poison was in your mind and now you have erased it by yourself.” You can see from this story that it is very easy to see and criticize the behavior and attitude of another person, while it can be almost impossible to see your own.

It is better to comment in other blogs without expecting them to comment back as one day you would be regarded as one of their most valuable readers and they would come back and support you. One should not feel jealous of others success and if people hate you don’t worry but in turn love them back.

Hope this strategy will take you long in the blogosphere. Most of the time there are wonderful people who would help from the bottom of their heart and very rarely we find people who harm us and the only attitude you should have is love them and do to them as you would want them do to you.