I hope many of you reading this post might have known or heard this word ‘Brand’ somewhere or you might be using this word quite often in your daily usage. Now when it comes to blogging many bloggers might just skip of this word and do all the other things. But if you really want to make some thing big with your blog then the first step you need to do is establish your blog as a Brand. 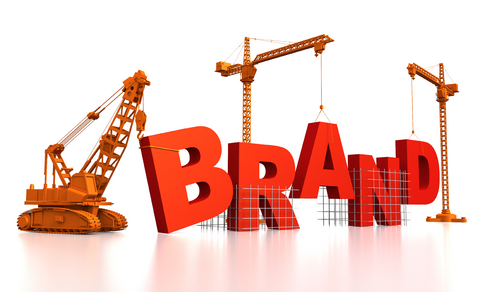 Why should we establish a Brand?

You might ask me a question what is the necessary of establishing our blog as a Brand?. To answer this I will give you a live example which happened in one of my friends life. Once my friend thought of doing a business in one of the famous malls of our city where the rent and other expenses are very high. He planned to start a chocolate fountain business, he went through all legal formalities and also completed the agreement with the mall for his business.

He started his business from scratch, I mean he did not have any name or trust in the market. He simply named his business as Sabroso Chocolate fountains which no one has ever heard. Sabroso means tasty in french which many of them might not know. Just few stalls away from his stall are some stalls like Subway, Coca Cola etc. People who visit the store are visiting Subway or any other branded store but not visiting his chocolate fountains though it looks beautiful. Where as the other branded stores even though are selling their products at higher price are being sold nicely compared to his chocolates.

So what made the difference here? BTW I am sorry to inform that my friend is already out of this business as he understood people look out for a brand rather than a local store without a proper brand.

Same is the case in blogging, there are some billions of blogs and yet only few are recognized. People love to read Techcrunch but not your tech blog which you started recently. Here Techcrunch is a blog which has established it self as a brand, where as many bloggers simply focus on technology blogs as a source of money.

Case Study on how Branding helps:

Do you know any such blog which came very recently and had given it tough for Techcrunch? Yes there is a blog by name The Verge which is loved by many people and its not new to many of you. It is one of the famous Tech blogs which has grown in leaps and bounds in these recent times. If you have known its story you would wonder on how it went on loss for a year in order to establish itself as a brand.

The Verge is a top American technology news and media network operated by Vox Media with offices in Manhattan, New York. This blog was started by Joshua Topolsky who once was the Chief editor for Engadget. After Engadget was acquired by AOL there were some small issues with Tech crunch founder Michael Arrington who made several public remarks disparaging Engadget and Topolsky.

Topolsky and up to eight of Engadget’s most prominent writers and editors left the company between March and April 2011 to found a new gadget site that would become The Verge. The team which joined Topolsky were managing editor Nilay Patel and staffers Paul Miller, Ross Miller, Joanna Stern, Chris Ziegler, Justin Glow, and Dan Chilton. Topolsky partnered with SB Nation and has launched The Verge on November 1st 2011, along with announcement of his parent company Vox media.

What to learn from the above Case Study?

We have many things to learn here. First and foremost though people played major role in establishing a Brand it was Brand that was rescuing people.

Engadget was a brand when Topolsky along with some of its good writers left the company. Yet Engadget did not suffer any loss in its traffic as it is already an established brand. It is growing strong and strong and is still in competition as it was earlier.

Topolsky did generate 4 million unique visitors on the launch of Verge because he is recognized as former editor of Engadget. So this brand Endgadget played a role in bringing some traffic to The Verge. So a brand played a role in establishing another Brand.

Though The Verge established itself as a new brand it did not alter any stats of its rival blogs like Tech Crunch or Engadget but it just stood as one among them. So once you establish your blog as a brand it is hard to stop people visiting it or making it think as a crap.

Since you are reading this article I know you are serious about establishing your Blog as a brand. So first and foremost thing to do is keep an action plan on how to deliver the quality and quantity to your blog. Try to move your blog with a team rather than doing it all by yourself. Stop focusing on making money on the very first day of launch as even The Verge was not in profits till the first year after it was launched.

Read: 7 Things you should never focus in the initial stages of blogging
Do to others what you would have them do to you (Blogging Strategy to Learn)

So I think you might have understood the importance of establishing a blog as a brand. Are you a blogger desperate enough to get noticed then do you believe that it is brand image that makes your blog popular? If you have any suggestions we have a beautiful comment form waiting for you at the bottom to listen to your opinion.