Long back in 2008 when I bought my new computer I used it mostly for playing games. I was studying my graduation and I was simply a game addict. I used to play many games like Total Overdose, Hitman, SIMS, Vice City, Prince of Persia and many more games all day long, sometimes even till night 1:00 A.M. Within couple of months I had got my internet connection but my love for games never ended. I used internet for mostly Orkut (famous those days) and for my college notes.

One day I accidentally started my first blog in blogger and that too freely without spending any money. I learnt the basics very soon. I also use to search for genuine ways of making money as many people do it everyday even today. That time I learnt about Adsense which was present as a option in blogger dashboard. As usual as most of them I too got sweet news that I am not eligible for Adsense. Later I searched for alternative and I got Adbrite though it was not a great amount I still earned some money.

Sorry for wasting your time with the above two paragraphs. But be thankful as I am going to answer few burning questions with my 5 years of online presence. Means I am going to save 5 years of your valuable time which I have invested to know about few questions I have posted below.

How to make some money with internet?
How can I earn online income?
What are the genuine and trusted ways to make money online?
Is making money online real or fake?
How do people make six figures income online?
How much can one earn being online?
Can we depend solely on online income without going for 9 to 5 Jobs? 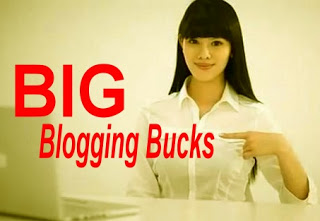 If you are a newbie to internet and are searching for ways to make money then listen anyone can make money but only thing is you need to know the correct way. Below are income reports of few Indian bloggers posted in their blogs. There are many bloggers who earn more than or exactly like them which are posted below. Most of them do it with Adsense as their primary stream or as one of their source of income.

So below is the list of few Indian bloggers who boldly shared their income reports. I have just shared it as it might be an inspiration for starters.

Amit Bhwani is a Hyderabad based blogger. He started his blogging journey way back in 2005 and he gained some good traffic and reputation within few months of his blogging journey. He now has 45 plus blogs generating him lot of income via Adsense and affiliate links. His two blogs namely Amitbhawani.com and techadvices.com are two blogs from which major sources of income would come.

He now successfully runs a SEO firm with few employees and content writers to support his blogs. His income report in June 2010 created waves in the blogosphere. When converted to Indian currency the amount equals annual income of a software employee who works for some MNC’s. He also insists to take blogging as a serious career opportunity rather than going for a day job.

How much does Amit Agarwal earn?

Amit Agarwal is not a new name in blogosphere. In India when it comes to blogging the only name you can hear is Amit of Labnol. He was an IIT graduate who worked for some good companies and later became India’s first professional blogger. He inspired many to start their own blogs. If I would not mention this guy in this post then I wouldn’t have justified this post.

Coming to the interesting part how much does Amit Agarwal make out of his blog (Labnol). Unlike Amit Bhawani he does not have multiple blogs but he runs few sites but most of his income is from labnol. His story was featured in Google Adsense blog as a case study unveiling the potential of a blogger. He hasn’t revealed his income report but gave hints on how much he earns in one of his posts.

When asked about income Amit Agarwal did keep it private but still gave some guessing works for his visitors. Many people have calculated his estimated monthly income to be in between 50,000 $ to 70,000 $. Though it is hard to achieve such figures for a newbie bloggers attaining 500$ a month is also a great achievement.

Are there more Bloggers who earn money from blogging?

Still there are many bloggers apart for those posted above like Arun Prabhudesai of Trak.in, Ashish sinha of pluggd which now is renamed as Nextbigwhat, Varun Krishnan of fonearena, Raju of tech PP, Chandra of QOT(Quick online tips), Srinivas Tamada of 9lessons, Pradeep Kumar of HBB (HellBound Bloggers), Rahul Bansal, Amit Shaw of iTechcode, Sushant Risodkar of smartbloggerz etc. If I keep on naming the list would not end. Once Rohit Langde of Blogsolute was also about to reveal his income report, and I was closely following him but he changed his mind as people would be jealous of his income. So like Amit Agarwal he too gave a guessing work of his income report. Now just imagine how much Rohit might be earning he simply said people would be jealous means he makes quite a decent amount of money.

So at last if you are a newbie or established blogger who haven’t earned any money than I think this post might have inspired you. Now don’t ask me how much I make because you won’t be jealous but you would laugh. I have started this blog to unveil the potential of blogging and this post suits the tagline of my blog. Hope you loved this article and got the answers of the questions which I have posted above.