Good News for Google Adsense Publishers, Google rolls out a new modification in its Adsense Privacy Policy. Previously Adsense publishers were not allowed to alter the ad code provided by Adsense. I have never heard any stories where people were banned due to changing their Adsense Code in blogs, though there are cases which were discussed in Google product forums. Majority of times I only knew people getting banned due to invalid click activity, copyright violation, placing ads in pages that contain content that violates their content guidelines and improper placement of ads enhancing user to click their ads. 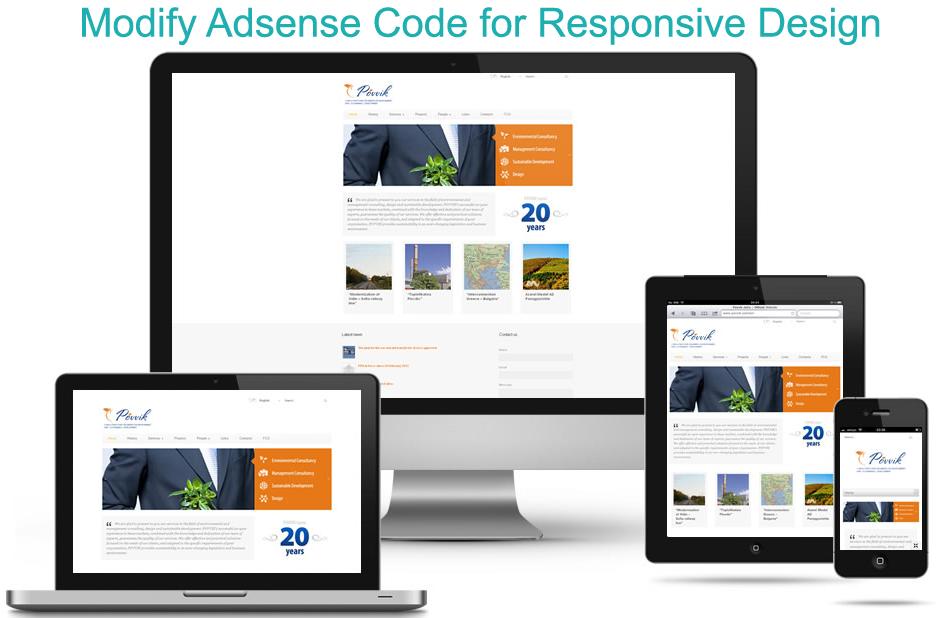 Some people also play smart tricks by copying the adsense code and placing in sites which violates content guidelines without the knowledge of the original publisher. Shawn Hogan who runs one of the most popular forums called digitalpoint was also banned due to placing his Adsense code in a gambling site. Truth is that some of his rivals who wanted to get his account banned have placed his Adsense code in such sites which had an immediate effect on Shawn’s Adsense account. Later he got his account back as he explained the situation.

Saad Naeem a blogger who writes for Seoallrounder got his account banned when one of his rivals has click bombed (repeatedly clicked on ads to get account banned) but he too got his account back on clearly explaining that he was innocent and also revealed the culprit who did it. There are many stories of this kind but there are only few instances where people get banned due to changing there adsense code. If at all there is an issue with ad code then Adsense team will send a message as follows.

Ad serving has been disabled

MODIFIED AD TARGETING: Publishers are not permitted to alter the behavior of Google ads in any way. This includes altering the targeting of ads using hidden or irrelevant keywords, or manipulating ad targeting through IFRAMES.

Now Google has allowed publishers to change their adsense code provided the modification doesn’t harm the advertiser or artificially inflate the ad performance. They have allowed the user to modify the adsense code for only few of the following reasons.
Responsive Design
A/B Testing
Setting custom channels dynamically
Ad tag minification

I have also given below an excerpt from adsense official blog which posted this news on May 23rd 2013.

Web trends and technology demand that your site evolves quickly to maintain a growing user base. We’ve heard your questions and feedback on areas like responsive design, and we’re happy to let you know that we’ve updated our existing guidelines around modifying the AdSense ad code. We hope that this increased flexibility will help you continue enhancing the user experience on your site.

Going forward, we will permit publishers to make modifications to the AdSense ad code so long as those modifications do not artificially inflate ad performance or harm advertisers and otherwise comply with our Terms and Conditions and program policies. This will enable you to try a range of techniques on your site such as:
• Responsive design: Enabling publishers to create a single webpage that will adapt to the device on which it’s being viewed, whether it’s a laptop, smartphone or tablet, to maximize user experience.
•  A/B testing: Running a test by creating multiple versions of a page, comparing user behavior to see which page is the most effective.
• Setting custom channels dynamically: Tracking performance of segments of users, sections of your site, or other behavior to maximize ad and user experience.
• Ad tag minification: Enabling your site pages to load faster by reducing the amount of data to be transferred.

How to change adsense code for responsive Design:

These days as the rise of smart phones and tablets have been increased in usage and there has been an urge for using responsive design to fit the screens of various resolutions. One of my friend Angela had written an article on Why You Need Responsive Design which might help you in giving an idea on responsive design.

So when a user is using 320 px wide Ad unit it is OK when the screen size is less than 500px but when it goes to a larger resolution screen like 800 px then that ad unit wont fill the required space. So in order to meet the requirement of serving various ads for various screen resolutions you can modify the code as per your requirement. When the screen size is more than 800px you can switch to 728px width ad and if it more than 500px you can opt for 468px Ad unit. Below I have given an example on how to modify the code to meet the requirement of our page design as suggested by Adsense.

Modified Code to meet the requirements of responsive design as given in Adsense Support.

So the above code will display 320px ad when the user views in a mobile screen whose screen is less than 500Px, and it displays 468 px ad unit when the screen is more than 500 px and 728 ad unit when screen size is more than 800 px. A/B testing is used for setting the ad unit with higher CTR (click through rate) visit Modification of the AdSense ad code for more details on how to use. I think now it is time to modify your adsense code as per your requirement provided you stay within the limits prescribed by adsense.