Earning six figure income is not as easy as one thinks or reads. It has lot of hardwork, several stages of research, many failed attempts and several months of blogging. Most people end up their blogging career because they never know the fact that blogging is not an overnight business. People who now earn six figure income through there blogs were once one dollar earners, they never made such huge income within a day or month of their blogging career. In this post I have summed up few top working methods on how people make six figure income through blogging. I have also mentioned quotes of the six figure earners under each category to show as examples. 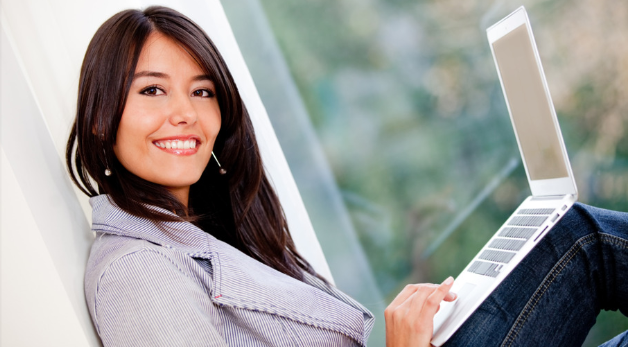 This method of earning income is gaining its popularity day by day. This is one of the most successful and most proven methods used by many successful internet marketers. Most of the bloggers who post income reports have their major sources of income from their affiliate marketing. Though this is one of the most misunderstood art yet it reaps millions of dollars at the comfort of one’s home.

I’ve joined and have had success with over the years… some of which I have been making money with for nearly 10 years now. With over $2 million in referred earnings to these networks, it proves that recommending only the best networks, works out not only for myself… but also for the affiliates and networks involved. – Zac Johnson’s interview on income dairy.

I never focused on Adsense as my main source of online income. I have earned more with Affiliate marketing, services, and till the date: Adsense is just a small part of my online income. – Harsh Agarwal of Shoutmeloud

ThesisAwesome.com has been my main stream of income since the last 9 months with more than $20.000 of income so far, you can say that this website can draw a smile on my face every morning; – Hesham Zebida (Famous Bloggers)

People also make a decent amount of money by selling a product or offering a service. Products can be a eBook, plugin or selling a complete blog itself (website flipping). You might have heard of 31 Days to Build a Better Blog, a top selling eBook from Darren Rowse it earned him a lot and it is still one of the hottest blogging product in the net.

In my first year of University I sold a blog for almost $20,000 after only eight months work. It was then that I realized that making money online was something I … – Ramsay Taplin (Blog Tyrant)

My business is really “me”. I do what I like doing: blogging, reviewing sites, developing plugins for myself or for companies, optimizing sites. – Joost De Valk (Yoast Plugin)

I never thought people would make some money sorry huge money from freelance writing but fact is that people do earn a lot by writing for other blogs. Some well known blogs like income dairy pays you when you write a guest post. Many people who have the skill of writing can earn a lot from freelance writing. Most of the bloggers turn as copy writers just for the fact that they earn 50 to 500$ by just writing an article for some blogs.

If you’re wanting to mention to me that the economy kept right on sucking in 2011…yes, I noticed. Still, the freelance-writing market is so large that if you really go after it, you can still find plenty of business and earn well. – Carol Tice (Made 6 Figures as a Freelance Writer in 2011)

People who have good traffic and page rank to their blog write some sponsored posts in their blog and earn huge. People directly approach for a sponsored post or else there are some third party services like My likes, we reward, Pay per post etc which help in getting some sponsored posts onto one’s blog. Some bloggers who blog on technology related products get free products to their home in order to write a review on the product.

I did a few more sponsored reviews (this time direct purchased, not from ReviewMe, so I get 100% of the revenue, although some of it goes to people who help write the reviews),  – Yaro Starak

People can sell some space in their blog directly to the advertisers to earn some bucks. People can post their banner ads or text links as per the space provided by the blog owner. Even some of the sites like buy sell ads can help in utilizing the space provided by a blog and turn it into cash. I like the income report of Dollars and Roses, as they make more than 700$(on average) a month with direct advertising. Now most of them have dropped this idea of direct advertising as such sites are being affected by panda for selling traffic.

Even though Adsense took a drastic hit, I was able to supplement some of the income loss with some direct marketing opportunities (text links, sponsored posts, etc). – Jeff Rose (Dollars and Roses)

Amazon is world’s top online shopping website and its affiliate market place is one of the most widely used service by many bloggers. Though this service also comes under affiliate marketing I made it into a separate category because of the potential and earnings it gives to some of its affiliate’s. It is quite impressive to hear that people make thousands of dollars just from amazon alone.

Amazon’s affiliate program has been one of my big movers in the last 12 months. I used to make a few odd dollars from it – however in recent times it has become a significant earner for me (in fact it’s now earned me over $100,000 since I started using it). – Darren Rowse (Make Money Blogging)

Be honest, US $11,000 after tax is not much to me. I’m just thankful to make some extra money for my family and I could re-invest thousands into this business. – Kent Chow ($11,000 Amazon Associates Income)

Pay per click in short PPC is one of the most widely used method of monetizing a blog. There is nothing to do with these ads as one has to just join a program offering third party ads and embed their code in a blog. One of the most famous advertising platform(offers incentives on clicks) is Adsense, there are many bloggers who solely depend on Adsense income and still comfortably entered into the six figure income mark. Apart from Adsense there are also several other networks like Infolinks, Smowtion, Adonion, Bidvertiser etc which can add some extra bucks to one’s income report. These networks pay as per clicks generated or even pay them for the impressions generated. But off all the available networks Adsense always gives a decent income for full time bloggers.

With my Adsense income and advertiser income, I was earning about $1,500.00 per month, which equates to $18,000/year. Still not where I would like to be, but not bad considering. It was like working for minimum wage – but the cool part is that I wasn’t working at all, it was all hands-free income. – Pat Flynn (Smart Passive Income)

A majority of monthly income is from Google AdSense but I do make some extra money from direct advertising, IDG and BlogAds. – Amit agarwal (Labnol.org)

This post is just an informer on how most of the six figure income earners have done, though there are still many methods by which people can earn online I stressed only those which are widely employed by most of the successful bloggers. Some bloggers earn income as an aggregate of above mentioned methods and some solely depend on one or two sources yet earn six figure income comfortably. You are free to experiment on all the methods mentioned above as they are genuine and legit ways of earning money.