Blog Contest is not a new term for established bloggers or professional bloggers because one time or the other they used this technique to publicize their blog. Before going in to the post I want to reveal about a blog contest run by Kiesha Easley(of course this is not a new name) who blogs for We Blog Better. She once ran a contest called ‘Surviving the blog contest’ a reality blog contest in online world which later ended in a beautiful eBook. She planned a simple blog contest which consists of two teams containing 5 Bloggers each who would be given various blogging tasks for 10 weeks. Each week the losing team has to lose one of the team-mate and by end of 10th week the blogger who survives will be the winner. The contestants have to take an unknown blog and raise its level of popularity by completing few tasks like increasing the traffic and various ranks(Alexa, Page Rank) associated with it. This contest successfully ended with lot of applause in the blogging community. Now for a newbie blogger who likes to run a successful contest need to read the following post. 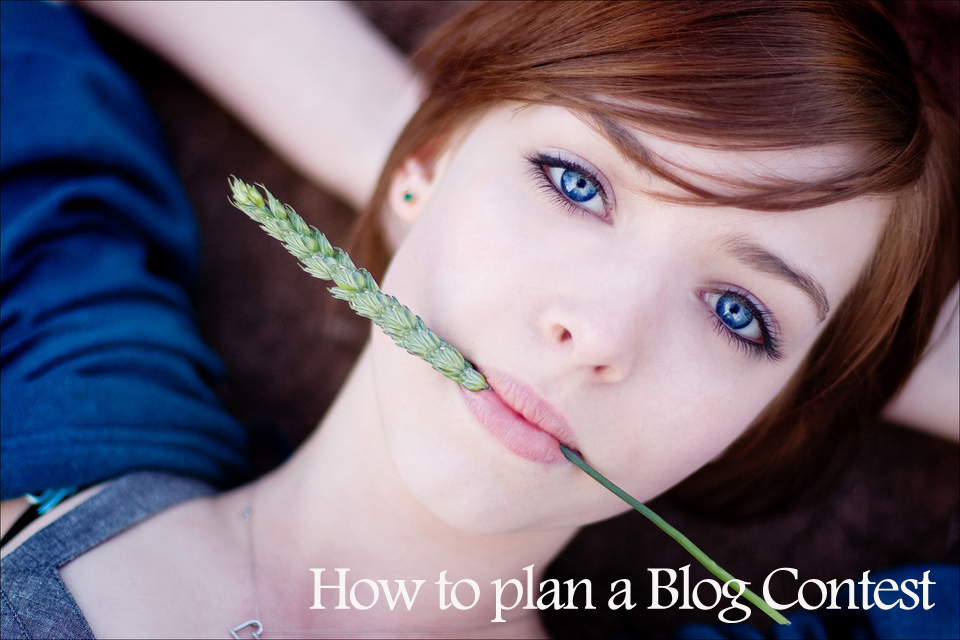 Why to run a blog Contest?

Why should I run a blog contest and what benefit do I get for my blog? I have answered this question with few simple points below.

Must to have requirements before you start a Blog Contest:

So after reading the benefits of why to start a blog contest you might be in a hurry to start one, but please hold on there are few things to be focused before you start. I have summarized each and every requirement below with ample explanation.

Does your blog get indexed by search engines? Do you get search engine traffic or you solely depend on subscribers, back links of comments or Facebook fans. If you have good traffic from search engine then the number of people who participate in the contest are likely to be more than you actually expected. So don’t run a contest in the very beginning stages of blogging as it takes some time for your blog to be indexed by search engines. You need to focus on content and traffic before you actually end up in creating a contest. Search engines do have a craw rate which depends on the popularity of a website. Crawl rate in simple is the total number of times a search engine visits a blog. It can be from hours to days. Blog’s like Tech crunch gets crawled several times a day, but a new blog might take 2 to 7 days for getting crawled depending on its popularity and activity. So if you don’t have a good crawl rate then your post which tells about contest might be indexed after 2 or 3 days of its posting. It means you are loosing 3 days of organic traffic. Before starting a contest search engine friendly blog or blog which has good crawl rate only has to be used.

How many loyal readers does your blog have? People who visit your blog day after day without missing a single post are called as loyal readers. They actually love to read your post from top to bottom and also give genuine comments. So if you have many of such loyal readers then you are sure that they will definitely take advantage of the contest. Sometimes most of the loyal readers won’t subscribe but still keep visiting. You can well know about them depending on the comments you get to your blog.

Having few loyal readers is far better than having hundreds of inactive subscribers or tons of Facebook or twitter followers.

Third thing after you have good organic traffic and loyal readers are subscribers. Though it is not mandatory to have thousands of subscribers because sometimes we do run a contest to convert organic traffic to be our subscribers. But even then we need to have at least hundred subscribers so that we get few constants to be participating in the contest. It can also increase the activity of inactive subscribers who just subscribed but remained dormant due to lack of eye catchy articles. A contest might stir up at least few subscribers to be active.

Social networking followers also play a key role in making your blog contest a success. If you have at least 200 Facebook fans and 50 twitter followers then the chances of promoting your contest will be high. These people can share or re-tweet the contest details to their friends which might turn good for you blog.

A person who has more insight into social networking sites or media can easily take his contest to a peak level with less effort.

Planning is the major and most important part in all the points mentioned in this post. What do you want your traffic to do? Do you want them to comment or like your Facebook page or get subscribed to your feed. Then you need to mention proper steps in an easy to understand manner. You can convert your Fans to be subscribers or subscribers to be your fans. So before you want to start a contest plan each and every step with a focused vision. Sometimes you need to acquire some big players as sponsors. The best possible way to get a sponsor is to have properly planned contest. When they are convinced about your plan they come forward to sponsor your contest. You need to be ready with terms and conditions, disclaimer and some precautions. The dates on which the contest will start or end or when it’s status will be updated should be clearly mentioned. Entire contest will actually succeed if you plan well. Take double the time to plan than you actually will spend for running the contest. If you can’t plan properly then forget of running a blog contest.

Give me six hours to chop down a tree and I will spend the first four sharpening the axe.

Do you have a proper plan but have got no strategy then you are contest is lacking the essence. Let your contest not look like same old traditional contests which many blogs host. But try to make your contest more interesting to the contestants, that’s where a strategy comes into play. A successful strategy is something which can make the contestants more benefited rather than the person who is hosting the contest. Even though your main aim is to make your blog more benefited from the contest but it should not look in that way. Blog contest planned by Kiesha has a successful strategy, she planned the contest such that people who are participating are getting more benefits but actually in long run Kiesha was more befitted as she got more people following the contest apart from contestants, and even she converted her blog contest into a beautiful eBook.

A successful strategy for a contest is not about having contestants participating but having more audience than the actual contestants.

Television Shows like American Idol did not gain popularity because of participants but because of large number of audience viewing, that’s how a television channel increases their TRP rating. So apply the same strategy gain more audience rather than participants.

7. How much does your give away worth?

Very important question this is what creates a buzz among the contestants, sponsors and audience. Always plan a better give away it works like a charm. It actually entices more and more people to participate in your contest.

If you want your contest to look big then give big. You need not give away everything in cash but a product which is more worth than cash too sometimes does the trick.

Focus your targets well, you have actually created a contest to increase your traffic then set a target. It will decide whether your contest has achieved the required target or not. If it doesn’t then you may well prolong the contest for few more days. Some times you don’t even seem to reach the target which you have set then better you need to amend some of the rules or do a research where your contest failed. Setting a target will determine the status of your contest and helps in determining the success rate. When you plan for next contest, you can predict the success rate depending on the previous contest targets.

After you design a contest in your blog if you don’t have a proper promotion then it is simply like making a good recipe and keeping it in fridge for several days until it spoils. The final and most powerful step for your contest is promotion. Find all the possible ways to promote your contest like posting in your Facebook, twitter and Google plus pages. Embedding signatures in forums you visit. Motivate the contestants to add a link back to the contest page. Explore as many ways as you can to promote your blog contest.

Now that you have got enough of knowledge on planning a blog contest I hope you would plan out a successful contest to raise the popularity of your blog. If you still have anything more or need more guidance then just comment and let me know. Special thanks to Kiesha Easley as she is the one who is the main inspiration behind writing this post. You can follow her blog and get her eBooks at We Blog Better.